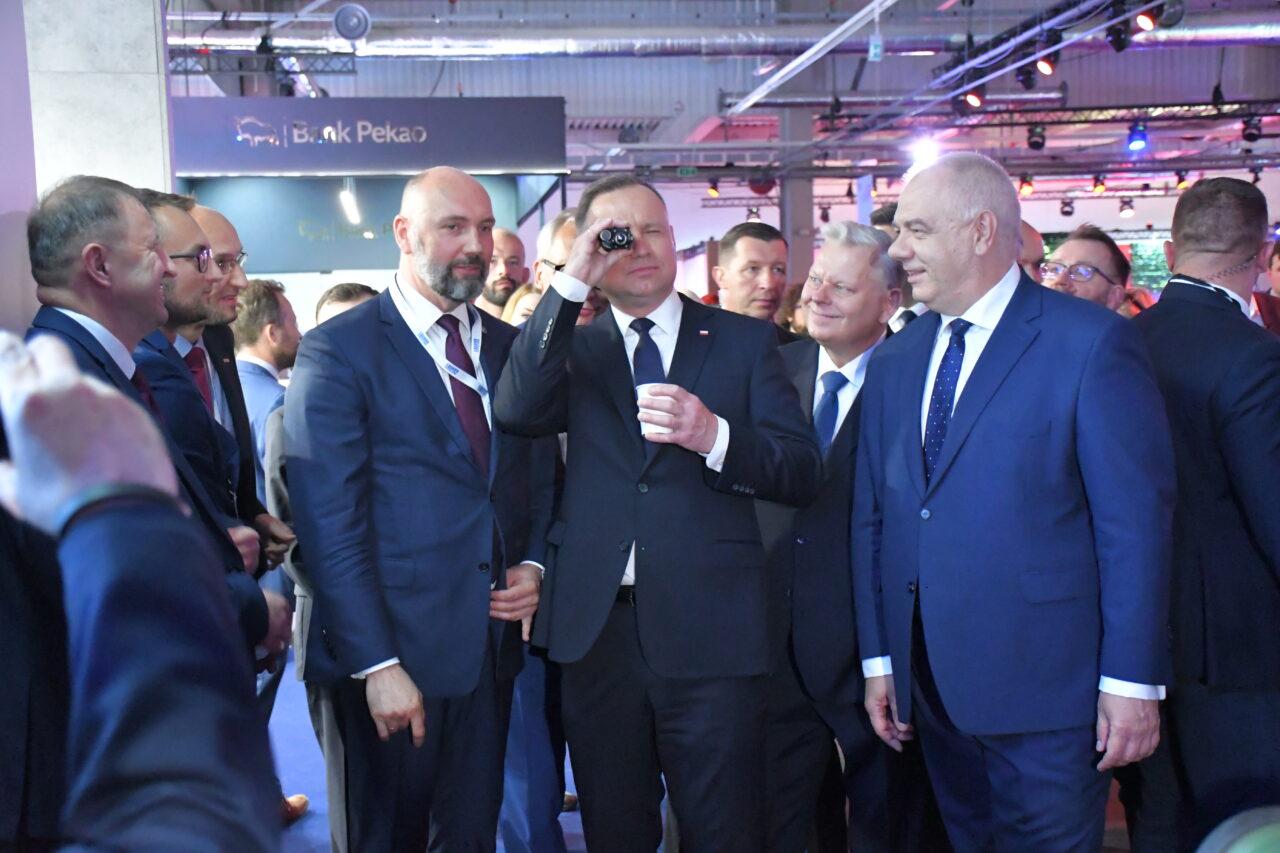 Participants of the 590 Congress had the opportunity to get acquainted with optoelectronic equipment produced by PCO S.A. The company exhibited, among others, MU-3ADM “KOLIBER” Night Vision Goggles, SCT “RUBIN” Thermovision Sight and MZN Modular Night Vision Set with MT-1 Thermovision Monocular.

The President of the Republic of Poland, Andrzej Duda, who visited the stand, was clearly interested in the MT-1 Thermovision Monocular and PPZR Piorun with CTP-1 Thermovision Sight manufactured by PCO S.A.

The 590 Congress has been held since 2016. It is a key economic event in the country, attended by the country’s key figures: President of the Republic of Poland Andrzej Duda, representatives of the Council of Ministers, as well as prominent experts, political figures, and opinion leaders.

previous
PCO S.A. at the Eurosatory fair
next
PCO optoelectronics for the Polish Armed Forces