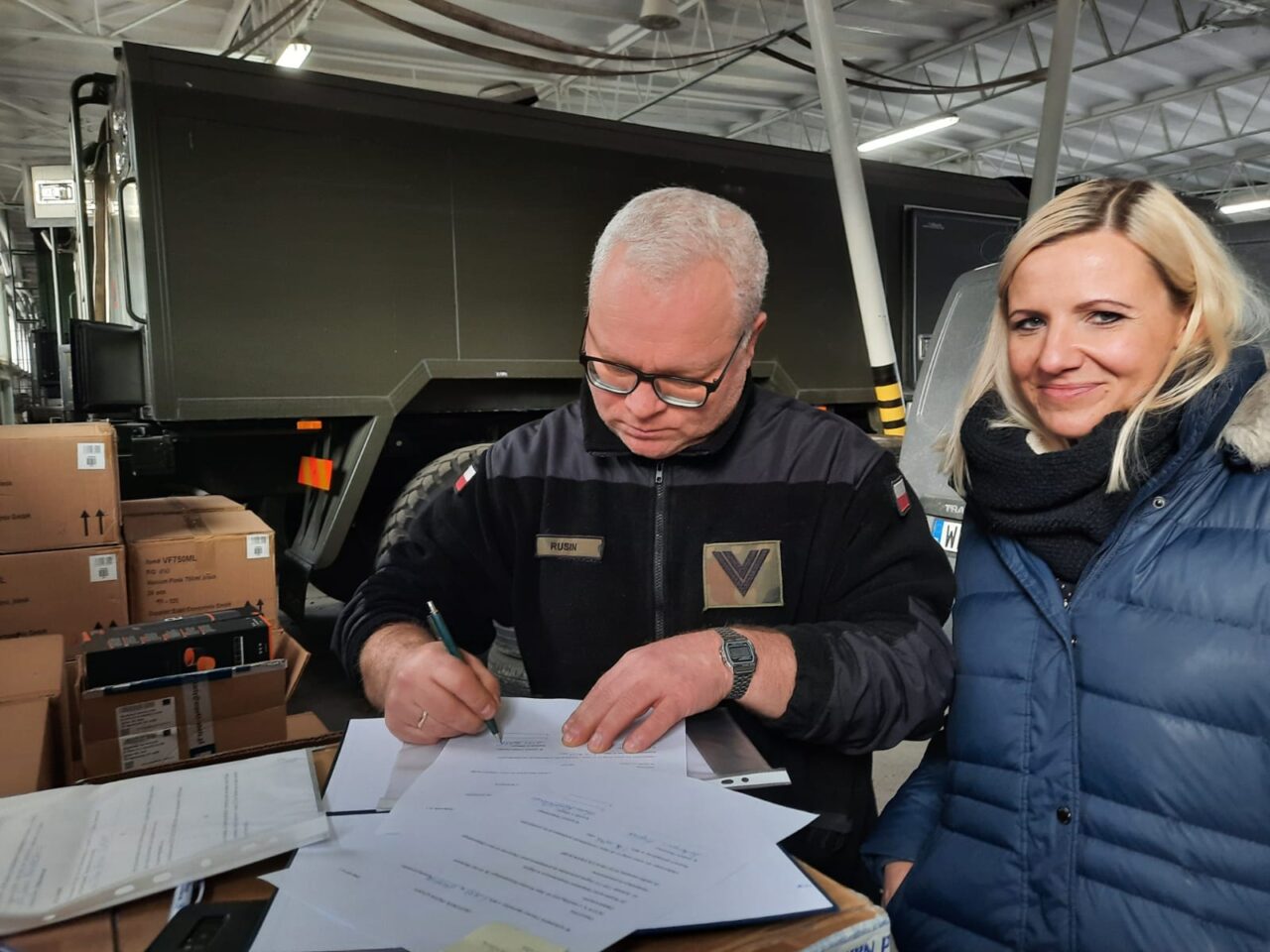 As part of the nationwide campaign “Standing by the Polish Uniform” [“Murem za Polskim Mundurem“] supporting the Army, Border Guards and other uniformed services, PCO S.A. purchased equipment needed by soldiers serving on the eastern border of Poland. At the beginning of February it was transferred to the headquarters of the Territorial Defence Forces in Zegrze.

previous
Visits at PCO S.A.
next
PCO at the Enforce Tac